During April to June 2016, the church hosted an exhibition the mark the 100th anniversary of the death of 18-year-old Alfred (Albert) William Ducker, who was killed in action on the 15th April 1916 in the Persian Gulf (Basra).  Accompanying the commemoration of Alfred were displays drawing on the Domesday survey (1086) and the entries for Wood Norton and information from the 1911 Census. 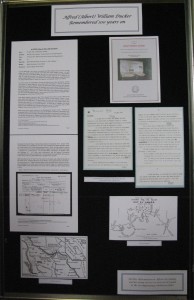 When Alfred William Ducker enlisted with the 2nd Battalion, the Norfolk Regiment in May 1915, he used the name Albert, and declared his age as 19 years 1 month – he was actually only 17 years 1 month old (the minimum age for enlistment was 18, and for service overseas was 19).   Alfred was posted to Basra, arriving on the 7th January 1916.  British troops were heavily involved in the Siege of Kut relief efforts, and Alfred died in the last of these attempts – the Battles of Aisa and Sannaiyat (7th – 22nd April 1916).  The Basra War Memorial records Alfred’s correct age – he was just 18 when he died. 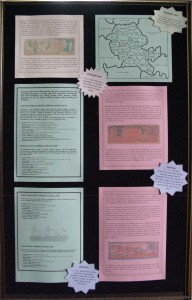 The Wood Norton at Domesday exhibition looked at life at the time of the survey and the four entries for Wood Norton, showing land being held by the Bishop of Thetford; Reynald, son of Ivo; Walter Gifford; and Hagni.  The Domesday Survey for Norfolk, Suffolk, and Essex appeared in a second volume, known as the Little Domesday.  A leaflet has been produced to accompany the Domesday exhibition and is available in the Church. 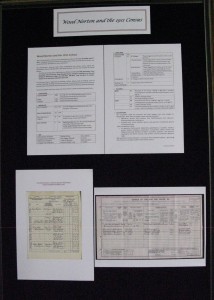 Wood Norton and the 1911 Census

The Wood Norton and the 1911 Census display gave an introduction to the 1911 Census for Wood Norton, which revealed a recorded population of 316 people; 148 men and 168 women. Of these, 111 were born in the village, and 3 were born overseas.  Ages ranged from one- and two-month old babies to an 82 year-old widow and 80 year-old widower.  Seventy-two properties were recorded: 68 dwellings, a Chapel, Shop, School and Church.  There were two public houses, and a post office.  Of the children, 27 boys and 36 girls were recorded as being at School.  Further information will follow in future exhibitions. 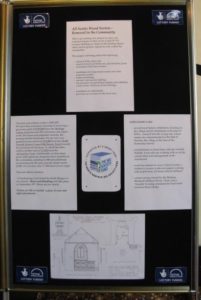 Renewal in the Community

During July and August 2016 the church hosted two exhibitions – the Renewal in the Community outlining the work to be undertaken in the Church thanks to successful funding from the Heritage Lottery and The Big Society Fund.

The second exhibition, Down the Village Street utilised three maps to illustrate how the village has changed over 175 years, from the 1840s to the present day. This display complemented the ‘Up the Garden Path‘ open gardens event held on the 3rd July 2016.  Of note is that Arthur Robert Buck (killed in action, 25th May 1918), was a gardener. 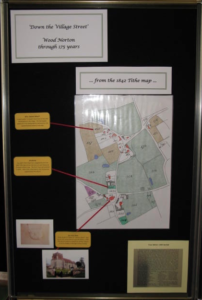 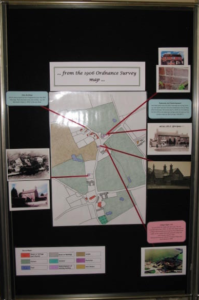 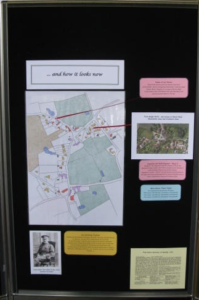 How the village looks now 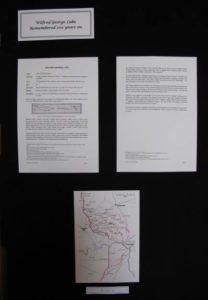 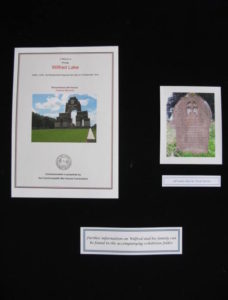 During September 2016, the church hosted a display to mark the 100th anniversary of the death of 20-year-old Wilfred George Lake, killed in action on 10th September 1916 at High Wood, during the Battle of the Somme.   There is an inscription to Wilfred on his parents’ headstone in the churchyard: And of Wilfred, their youngest son, Killed in Action in France in 1916, Aged 20 years.