In August 2015 the church hosted a small display in commemoration of the 100th anniversary of the death of the first of those men who lost their lives in Word War 1 – William Forbes Norris – who was killed in action on the 25th August 1915 at Suvla Bay, Gallipoli, aged 21.

Following on from this, and to mark Remembrance Sunday (8th November) the church hosted a larger exhibition as part of the Heritage Project.  The focus of the exhibition was to explore how the village looked during 1914-1918, drawing on a 1906 map of the village and using photographs to pinpoint the locations of some of the houses, school, post office and other buildings associated with the village. 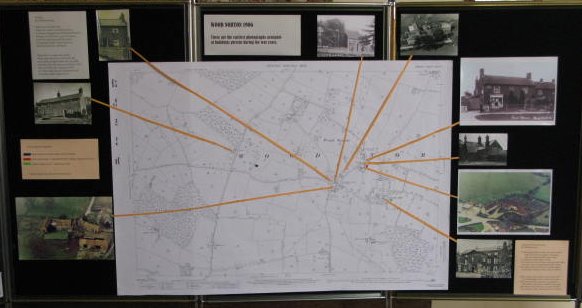 In addition, the exhibition explored the lives of four of the men who died in Word War 1, and where they lived. 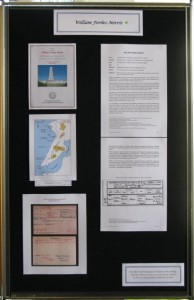 William Forbes Norris: the family lived at Cromes Farm, although William’s father had inherited the Wood Norton estate in 1875, including Wood Norton Hall.  The Hall was regularly rented out.  William’s parents, William Edmund and Annie Norris are commemorated by memorial plaques in the church, and are buried in the churchyard. 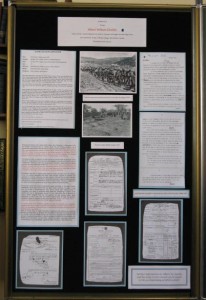 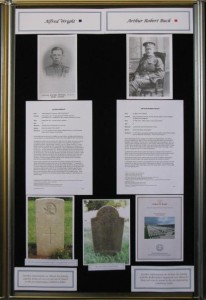 Alfred Wright: he also lived at Brush Cottages.  He was the nephew of Arthur Robert Buck.

Arthur Robert Buck: he lodged with the Dack family, probably in one of the cottages next to the Sun public house (Robert Dack was the publican and blacksmith). Arthur Robert Buck was Alfred Wright’s uncle, and both Arthur and Alfred are commemorated on the headstone of Alfred’s sister, Alice, who died in February 1919 and is buried in the churchyard.

For the above men and the other servicemen who died in World War 1 we would be grateful for any information, photographs, etc.  We are now preparing details relating to the life, service and death of those not included above, to be presented in future commemorative exhibitions.  Information can be sent to Ivor Wells or Joanne Burd.   A leaflet has been produced to accompany our World War 1 exhibition and is available in the Church.

THE HEROIC DEAD
For the servicemen listed on the War Memorial under The Heroic Dead we have established their age, date and place of death, and the regiment they served with.  For more information see: