The churchyard is part of the Church of England’s scheme known as ‘Caring for God’s Acre’ which promotes the management of churchyards for conservation.  As they are rarely subjected to the use of pesticides, fungicides and weedkillers they are recognised as being an important bio-diverse habitat.  The Norfolk Wildlife Trust under their Churchyard Conservation Scheme carried out a survey of the churchyard and advised on the areas to the regularly cut and closely managed, leaving the remainder to be attended to once a year, which has resulted in a wonderful array of flora and fauna.

Habitat: a lovely churchyard with areas of unimproved grassland, boasting a number ‘churchyard dependent’ species, such as pignut, ox-eye daisy and swathes of the dainty meadow saxifrage bordering the path. Colouring this diversity are the blues of germander speedwell, crimson sorrel, bright yellow common cat’s ear and pinky-purple common knapweed. There are also a range of attractive trees including silver birch, ash and a stunning mature copper beech. On the road side of the west churchyard wall, the rarely seen in Norfolk, black spleenwort can be found.

Due to the abundance and diversity of flowering plants in the churchyard, the grassland is humming with invertebrate life in spring and summer, including numerous butterflies and bumblebee species, such as the early bumblebee, red-tailed bumblebee, tree bumblebee and common carder bee.

Church: the church itself dates back in places (such as the tower) to the 13th century, but the area within the nave is thought most likely to be as early as late Saxon. The Norman style flint chancel dates from around 1215, the perpendicular windows are 14th century and the font dates from around 1400. Evidence of lost features also exist, such as the impression of a door leading to the rood screen stairway next to the pulpit and a piscina where a pre-reformation alter once stood, south of the nave. Interestingly, the original three bells of the 13th century tower were recast in 1753 into one large bell. 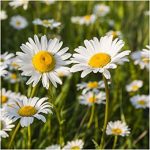 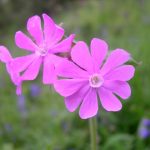 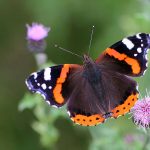 Top 10 animals or plants found on the site:

Best time to visit: in early spring the churchyard is carpeted with crocus and primroses. However, it is at its best May – early July when the conservation areas and churchyard dependent species are in flower.

Associated Group:  The Wensum Valley Ornithological Group have placed several nest-boxes in the trees, including a barn owl box.